The 2018 World Cup draw is done and dusted, the groups have been decided and all eyes have turned to next summer’s tournament. With the tournament less than five months to start, it is time to discuss the bookmakers early favourite and why they are? The underdogs that could spring a surprise.

Winning the world cup requires an impressive performance during the competition and a little bit of luck. Germany is the bookmakers favourite to win the world cup for the fifth time and equal Brazil record of most world cup title. With Brazil resurgent under their new coach Tite, they are only behind the world number one on FIFA ranking, Germany to win the competition come summer in Russia. Remember, we will be here to give you world cup football predictions for free 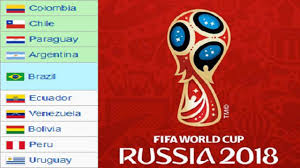 The group stage draw has been done which determines the potential path of each team through the knockout stages depending on whether they finish first or second in their respective groups to qualify for next round.

Comprises of the host nation Russia, Saudi Arabia, Egypt, and Uruguay. Uruguay is the overwhelming favourite to finish first in this group with their overall performance in the qualification stage been only second to Brazil in the CONMEBOL qualifying series. Russia and Egypt are expected to battle it out for second spot and Saudi Arabia finishing last in the group. With the crowd behind the Host, they would be a force to reckon with in this group.

In this group, two European giant in the form of Portugal and Spain, the former being the current European champion and the later winners in 2010. Other members of the group are Morroco and IR Iran. Morroco blaze through their qualification without conceding a goal while Iran eases through their qualification rounds but with Portugal backed with a certain Cristiano Ronaldo, one of the odds-on favorites for highest goalscorer accolade for the tournament and Spain with their scintillating performance through qualification rounds with nine wins in ten games; both are expected to progress to the next round with ease.

A group with one of the bookmakers favourite to win the competition, France has a balanced squad mixed with experience and youth to take to the tournament in the summer. Australia, Peru, and Denmark complete the group and the second qualification spot will be up for grabs with the three teams balance on paper and all three teams qualifying through a play-off. France opponents in the knockout round will be the major obstacle to them winning the competition with great odds on offer here for France to emerge victorious in Russia.

Argentina against Nigeria fixture in the group stage for the fifth time in the history of world cup. Argentina is the third favourite to win the world up in Russia behind only Germany and Brazil are expected to progress to the next round. Argentina barely scrapes through qualifying on the last day thanks to the majestic Lionel Messi. The second spot will be keenly contested by Nigeria, Croatia, and Iceland. Croatia is been tipped to progress with Argentina with their array of players in midfield and attack while Nigeria and Iceland are looking to be the party spoiler in the group.

A group consisting of Five-time world champion Brazil, Switzerland, Serbia and Costa Rica. Brazil is predicted to at least reach the semi-final stage in Russia and ease pass through the group stage. Switzerland is the favourite to grab the second spot in the group but anybody should not write off Costa Rica with their performance in the last world cup. 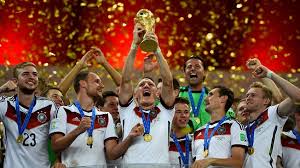 The group of the world champion Germany is the likely group of death with Mexico, Sweden, and the Korea Republic. With Germany performance in the confederations cup even after a number of their first team players is rested for the tournament, they are the odds-on favourite to defend the title they won in 2014. Mexico with an interesting qualifying record and the giant killer Sweden who sent Italy packing at the play-off are the ones to watch out for in this group.

Belgium is the dark horse of this tournament, with the array of talent at the disposal of their coach, Roberto Martinez. Pundits are supporting them to go far in Russia and maybe win it. We have to wait and see which England will surface at Russia 2018, either the England that breeze through qualifying or mediocre England of the past world cup but they should qualify to the next round in this group along with Belgium. Other countries in this group are Panama, first time at the world cup and Tunisia looking to upset the odds. See our offering for Belgium progress here.

This is the most balanced group of all with all four (Colombia, Poland, Senegal, and Japan) teams able to defeat each other and qualify but the bookmakers are going for Colombia to win the group and either Poland or Senegal to nip the second spot.The world cup is what all football lovers look forward to every four years and another one is here this summer of 2018 in Russia. To get more information about the world cup, click here.

Good luck to every team participating in the world cup because they are going to need it and more luck to the punters as you check this link for offerings on world cup games.